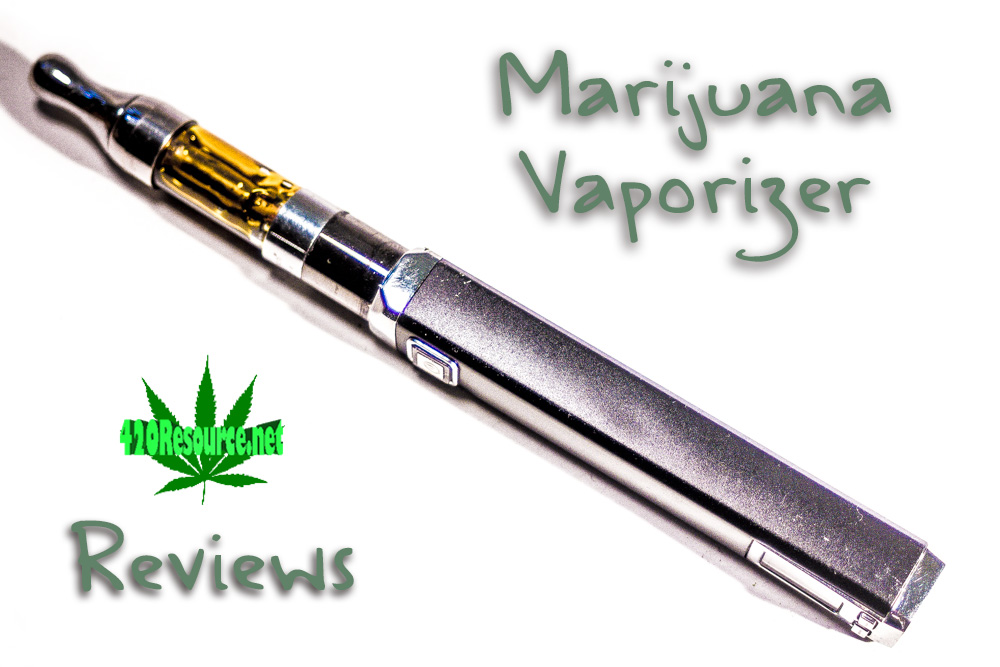 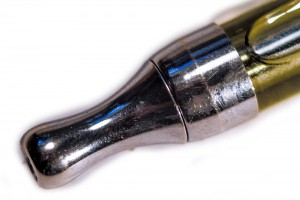 I am a long time smoker. I have been trying to quit cigarettes for many years. I usually just go by the famous Mark Twain saying:

“Giving up smoking is the easiest thing in the world. I know because I’ve done it thousands of times.”

Several years ago I was working on a project, and the company had brought in a couple guys for Europe for it. They both had this marvelous new thing called an E- Cigarette. Knowing the advantages of not inhaling soot, and burning organic matter, I decided to give this strange new E-Cigarette a try. Sadly, the attempt failed. At the time those things were expensive and hard to find. the refills were even harder to find.

I tried several other E-Cigarettes in the 5 years since then, but the all had the same fail points. either the refills were hard to find, or the battery would die (and I would buy a pack while waiting for the recharge… I know, I’m weak)

Recently, The E-Cigarette market has blown up. These thing are now everywhere. With them, came the pen vaporizers. These are basically the E-cigs big brother. I decided to give these a try because they solved some of the previous problems I had with E-Cigs.

I purchased the itazte battery because it recharged via a mini-usb, and you could use it while it was charging. This solved one of my biggest fail points with E-Cigs… the dead battery. I also purchased two tanks (mine are from Kangertech). This allows me to have enough to not worry about running out while on the go.

I spent about a hundred bucks on the hardware, and the nicotine juice costs about $20 per months supply. (better then the $50.00 per week I was spending on cigarettes).

But What About the Vaporizer for Weed? 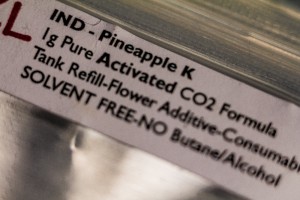 Like many weed smokers, I was very intrigued with the possibility of using my new vaporizer for weed. Besides the obvious benefits, using a marijuana vaporizer pen also gives you the ability to medicate discreetly. Now I know… Opponents will say that “discreetly” means we can hide it… but isn’t that what you want? There is no need to try and duck out of sight to swat the bowl with this. I have sat on the steps of city hall and smoked my weed vaporizer pen. No one was bothered. 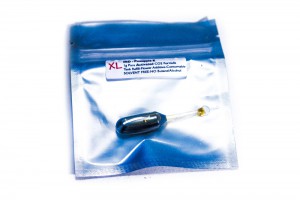 There are many different ways to use Cannabis in a vaporizer. I prefer using hash oil that can be put into the same tanks that i put the E-cig juice in (not at the same time of course). As I try different “Brands”, and flavors, I will report them back here. Today, I am trying the Pineapple Kush (indica) refill that I picked up at the Healing Touch (one of many marijuana dispensaries on Ventura Blvd. This one is in Encino Ca.)

The Pineapple Kush vaporizer marijuana was reasonably priced (I picked it up for a donation of $35.00). This is 1 gram of hash oil vaporizer juice.

The first thing I noticed is the taste. It is called Pineapple, but the taste is more like a pineapple hard candy then an actual pineapple. There is no charred taste, no burnt flavor. Just plain, sweet, pineapple hard candy. The after taste is the same as you get from an edible. It is definitely weed, but not a smoked weed aftertaste. The strength of this particular type was midrange. I had some pretty good effects after a few good rips. I have had stronger, but at a higher price point.

I have always believed there is a time and place for everything. Although I am not sure if I would ever convert completely to smoking a weed vaporizer, and nothing else, I do find that using a vaporizer to consume Cannabis is pleasant, discrete, and tasteful.

I really enjoy the flavor and effects of this pineapple kush. The medium strength of it is well suited for activities (which is probably when you really would rather use a weed vaporizer then burn a joint)

1 thought on “Do You Vape? – Weed Vaporizer Review”