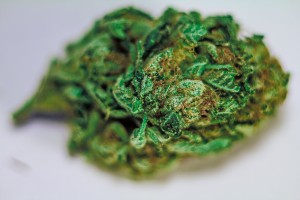 On February 6th, 2015 (What would have been Bob Marley’s 70th birthday), the Jamaican Senate passed a law to decriminalize possession of up to 2 ounces of marijuana for personal/recreational use.

Angela Brown Burke, the mayor of Kingston (the capital and largest city in Jamaica) was quoted as saying “The time has come to provide an opportunity for Jamaicans to benefit from the marijuana industry.” Considering Jamaica is almost a Mecca to Marijuana culture, the boost of legal “Ganja Tourism” could greatly benefit the country and people of Jamaica. making an economic boon for the island nation thanks to the decision Jamaica Decriminalizes Marijuana.

Although a large part of the Rastafarian movement in Jamaica, (which considers smoking marijuana a natural, positive part of life that helped one’s spiritual growth.) the use and possession of marijuana, or Ganja, was illegal in the country, and is still looked down upon by some members of Jamaican society. In regards to the decriminalization of marijuana, Justice Minister Mark Golding said in a statement, “I wish to stress that the proposed changes to the law are not intended to promote or give a stamp of approval to the use of ganja for recreational purposes.”

Although possession of marijuana is now legal, you can’t legally smoke on Jamaica’s public beaches or out in the open. However, you can still toke up, and then walk on over to the beach.

Jamaican Minister of Justice Mark Goldberg says “…changes represent an approach which will enure to the benefit of the persons concerned and the society as a whole, and reduce the burdens on the court system.”