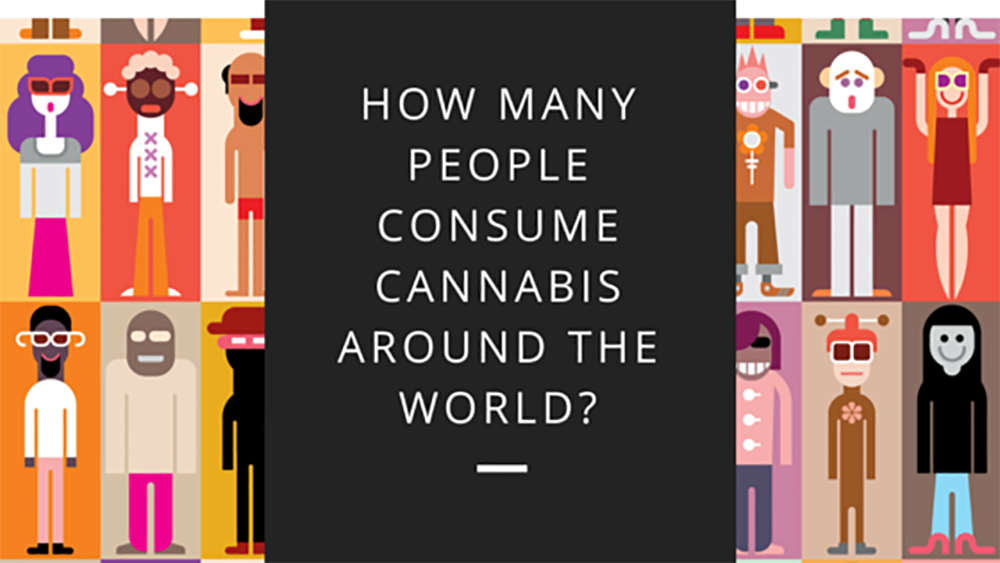 According to the United Nations, 158.8 million people around the world use marijuana—more than 3.8% of the planet’s population. Say what?! That’s a lot of people! But to put that in perspective, about 2 billion people across the world consume alcoholic drinks.

According to the World Health Organization (WHO); about 147 million people (2.5% of the world population) who are 18 or older consumed marijuana at least once during that year.

Marijuana has been consumed throughout history for personal, social, medical, spiritual, and cultural use. It is no surprise that it the most consumed, produced, and trafficked drug in the world.

The rising popularity of marijuana worldwide is evident in voter results and legalization attempts. Uruguay has completely legalized the possession, sale, transport, and cultivation of marijuana. Here the United States, there is a huge movement to begin legalization at a state and federal level. Four states have currently legalized weed for adult use, 23 states and D.C have legalized for medical use and several more are making steps towards doing so. Many other countries have adopted decriminalization policies and are looking towards full legalization.

As more information is being spread to eliminate any misconceptions people may have once had, there is a growing support for cannabis legalization worldwide.