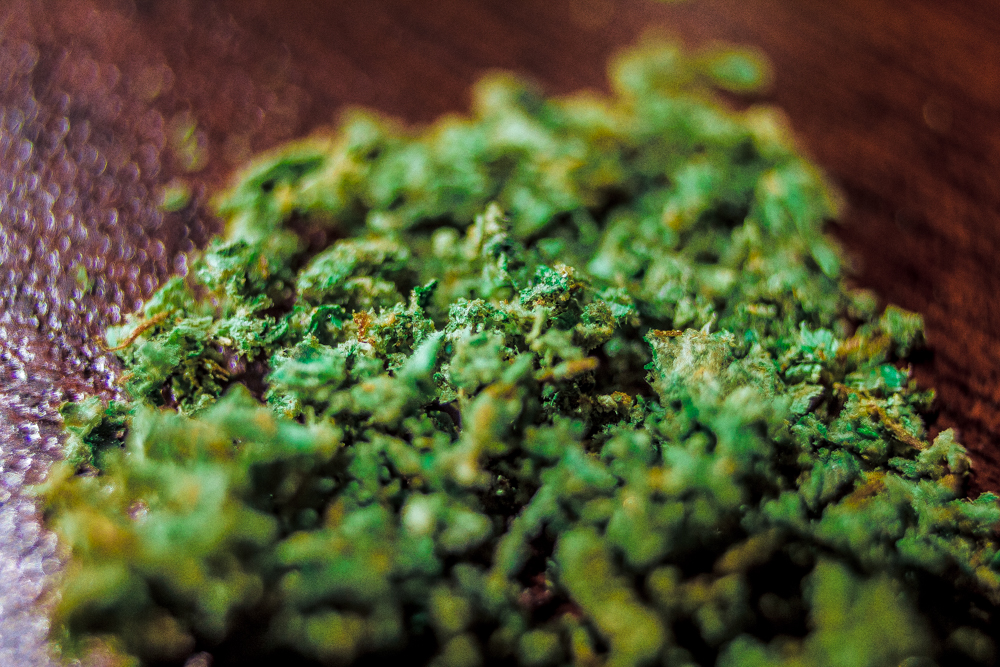 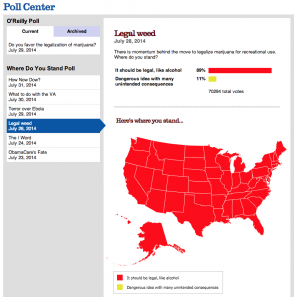 The poll asks the question: “There is momentum behind the move to legalize marijuana for recreational use. Where do you stand?”. The options to answer are:

To many peoples surprise, a whopping 89% of the 70,311 respondents supported legalization. Although the poll does state, “These polls are not scientific.” The response mimics results of more scientific polls from Gallup, CNN and others.

The surprise with O’reilly’s poll was that his audience is conservative… and they supposedly do not support legalization. Even Gallup’s Poll, that showed 58% of Americans supported marijuana legalization, showed that only 35% of Republicans supported marijuana legalization. I never understood this rationale. A “conservative”, in my opinion, should believe in limiting governments interference in our personal lives, therfore Marijuana Prohibition is the exact opposite of the conservative ideology.

We hold these truths to be self-evident, that all men are created equal, that they are endowed by their Creator with certain unalienable Rights, that among these are Life, Liberty and the pursuit of Happiness. There was a time in this country when it was believed that the pursuit of Happiness, even chemically, was considered a right the government could not take away.