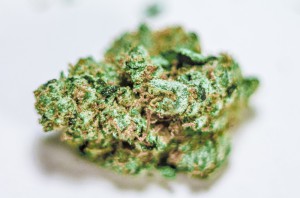 A bill introduced Monday in the U.S. House of Representatives would amend the Controlled Substances Act to exempt plants with an extremely low amount of THC.

Many will consider this bill, if passed, a small victory, or a stepping stone. For the people suffering from seizures It will be a blessing.  (see CNN’s article about Haleigh Cox for a heart wrenching story of the power of this medicine, and the horrors that prohibition cause).

Others will see this bill as not enough. Maybe a government attempt to slow the rising tide of legalization by legalizing the strains that will not get you high. They do have a point.  Besides getting you high, THC has been proven successful in treating cancer in many studies… We’ll list a few:

A study published in the British Journal of Cancer, conducted by the Department of Biochemistry and Molecular Biology at Complutense University in Madrid determined that Tetrahydrocannabinol (THC) and other cannabinoids inhibit tumour growth.

A study published in The Journal of Pharmacology and Experimental Therapeutics determined that THC as well as cannabidiol dramatically reduced breast cancer cell growth. 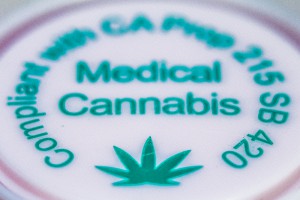 What surprises me the most about this bill, is that it would amend the Controlled Substances Act to allow for medical use of some strains of Marijuana.

Amending the Controlled Substances Act to exempt plants with low THC is a rather ridicules approach. It would seem more logical to just move marijuana to Schedule 2. Schedule 2 is defined as:

It certainly sounds to me like amending the act to allow for medical use of some strains of marijuana is equivalent to admitting that marijuana has a currently accepted medical use in treatment in the United States.

After all, how bad would simply moving it to schedule 2 be? After all, Opium and Cocaine and Methadone are all schedule 2 narcotics. (and they are allowed to be used medicinally with a Doctors prescription… usually under different names).

Or, we could just call it schedule 3. Schedule 3 is defined as:

Other examples of schedule 3 narcotics are Amphetamines, Barbiturate, and LSD. (all of which can legally prescribed by a Doctor.) 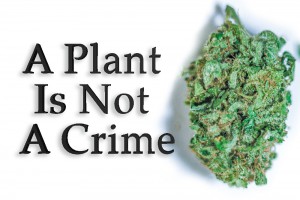 Does it take an act of Congress to move marijuana to a different schedule? According to subchapter ! Part B 811 of the Controlled Substances Act: …The Attorney General may by rule add to such a schedule or transfer between such schedules any drug or other substance.

So maybe The U.S. House of Representatives should stop wasting money drafting amendments to the bill, and just send a Paige to run over to the Attorney Generals office and wake him up. Then maybe he will do his job, and transfer marijuana to a more appropriate schedule. Moving marijuana down the list to a schedule 2 or 3 narcotic would allow for the medical use of marijuana nationwide, yet still allow for the recreational use to be criminalized. And since it seems the people who are representing us seem to think it is their duty to tell us what we can do for fun, a simple schedule changes would seem like the perfect solution. (and since the Attorney General is appointed, no one would have to answer for it at the polls…) There was a time in this country where it was believed that our constitution guaranteed us the right to the pursuit of happiness, chemical or otherwise.